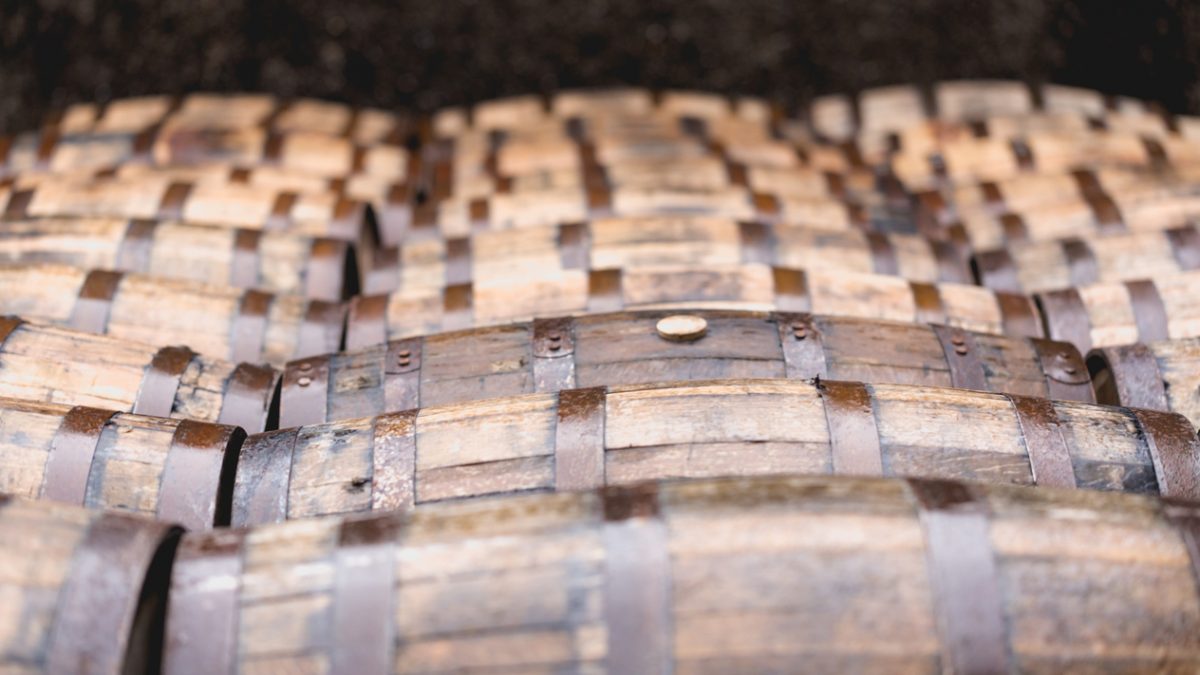 Not all Bourbon is Created under the Same Characteristics.

Bernie Lubbers, aka the Whiskey Professor explains the differences of Bourbon types in the article below. The original article is here, be sure to check out his site for more expert knowledge on Bourbon!

These are the different types of bourbons that a master distiller produces:

We call the marquee or franchise brands of a distillery the “mainline bourbons.  In most cases, these brands are not expensive.  But this does not mean that they are not made as well, or under the same strict standards that the higher priced small batch and single barrel bourbons are.  As a matter of fact in most all cases, those bourbons are made in exact same stills using the exact same production methods.  These main line bourbons are the brands that built these distilleries and often are the name on the door of them.  Main Line bourbon allows them to make the profits to “have a little fun” as Fred Noe says, and the money to experiment, and to make smaller run specialty bourbons, and longer aged bourbons.

Bourbons were so out of fashion for so long, bourbon prices plummeted in the 60’s, 70’s. and 80’s.  When the more premium and super premium bourbons came along in the mid 80’s and 90’s, it helped rebrand bourbon.  Starting higher end bourbons, and aging longer, and bottling at higher proofs like those bourbons back before prohibition (referred to as “pre-prohibition style bourbon) allows distillers to actually make money and a profit without the pressure of selling millions of cases of something.  It’s damn expensive to make bourbon, so finally the distillers can start to make hay on the backs of the main line bourbons that hung in there and blazed the trail.

Bottled in Bond is the most restricted bourbon.  Not only does B.I.B. bourbon have to follow all the strict laws of bourbon, but also the 4 guidelines set down by the Bottled in Bond Act of 1897 which states that to be BONDED bourbon it must:

Because they have to use barrels put up in one season, it really limits the amount of bourbon that can be sold, so there are not that many B.I.B. bourbons produced any more.  But Bonded bourbons made up the bulk of what was sold before Prohibition (1897 til 1920) and then during Prohibition as medicinal whiskey.  It was “the good stuff” because you were guaranteed that the bourbon was a good age, and a good strong honest proof, and you knew it came from one distillery.

Examples of Bottled In Bond Bourbon:

While small batch and single barrel bourbons have shorter runs (meaning they are not made in the bulk that main line bourbons are) this is not why they are called small batch, or single barrel.  Remember, all bourbon is made basically the same.  But much forethought is put in to WHERE these small batch and single barrel bourbons will go specifically.  Main line bourbons are usually just scattered throughout the rack houses from top to bottom and left to right.  Where they are going to be stored in the warehouses and for how long is one way you can create a ‘batch’.  If several barrels are mingled together for a ‘batch’ then all the bottles those barrels yield are called a small batch.  If just one barrel is dumped and all the bottles are filled from just that one barrel, it’s a single barrel.

A good illustration of the difference between small batch and single barrel is this:

Let’s say you live in Kentucky and it’s August and 95 degrees outside.  Then all the sudden, your air conditioner goes out.  Until the repair man comes, where are you going to hang out and retreat to?  The basement would be a good place since it’s moist and cool down there and you probably have it tricked out with a great man room with a bangin’ flat screen TV and surround sound system.  While you’re chilling in the basement around 70 degrees, it’s probably getting to over 100 degrees on the main floor, and in the attic, it’s going to get stifling hot at 140 degrees or more!

So just imagine that if I sent you 3 barrels of bourbon to you, and we put one in the attic, one on your main floor, and the other in your basement, and I told you not to turn on you’re a/c or heat for 9 years.  I show up and we take the bungs out of each barrel, and taste them each one by one.  Do you think they might taste different from each other?  Of course they would.  That’s a single barrel bourbon.  If we mingled those 3 barrels together that would create a unique flavor profile from all 3 of those together, and that’s a small batch.

These are bourbons that have been matured under all the regulations of bourbon, and then taken out of those barrels, and finished off in other wood finishes.  This adds depth and complexity, and other types of flavours bourbons can’t achieve in standard oak barrels.  Of course, technically they stop becoming bourbon the second they are put in to a used barrel, but they are arguably still bourbon, because they start out that way and  plainly listed on the label, FINISHED in Port Wine Barrels, or whatever finish it is.  The distilleries have to apply for a special permit to still use the word “bourbon” on the label, but it’s an important distinction because if they couldn’t state that, you might assume that they were using a cheap blended whiskey, or very young whiskey as the base spirit.  So a typical wording of this style would typically read something like,

One good thing about finishing in these types of barrels , is typcially you don’t have to age them too long in other woods to add this complexity.  The distiller does not want to have the second wood over power the bourbon.

These bourbons have no water added to them after aging.  Most bourbon is barreled at 125 proof.  Depending on where they are stored in the warehouse, the proofs will rise or lower during aging, but most barrel strength bourbons are at a higher proof, 110 or higher.  Small batch bourbons are many barrels mingled together, and single barrel bourbons are from just that, one single barrel.  When the barrel(s) are dumped, the proof is checked, and it is bottled at that proof.

Thank you for Reading

We would once again like to thank Bernie Lubbers, the Whiskey Professor, for beautifully sharing this information with all of us. Please check out his website and the original article here. 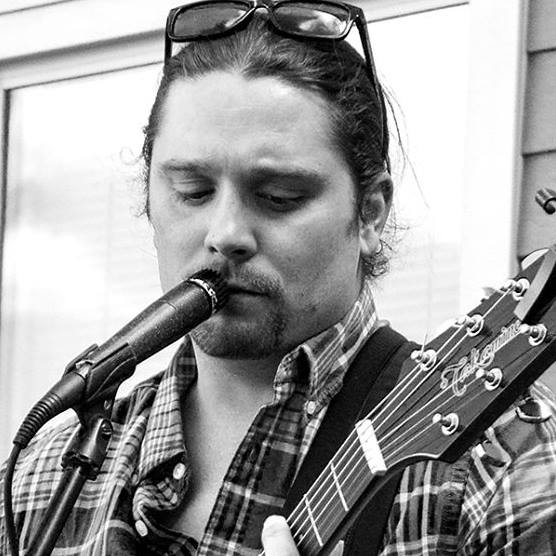 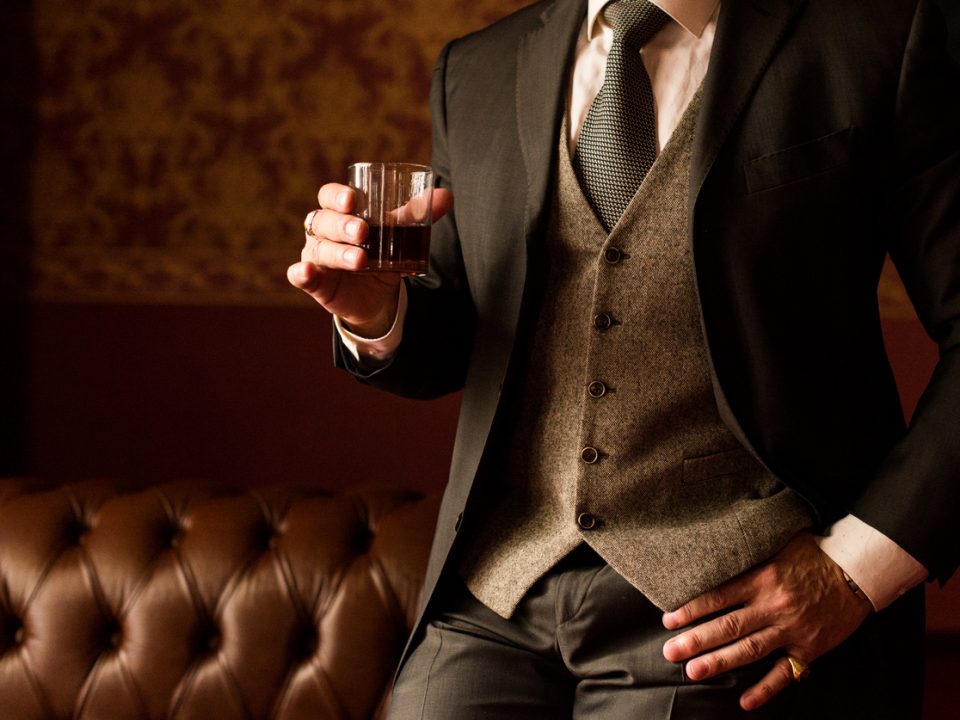 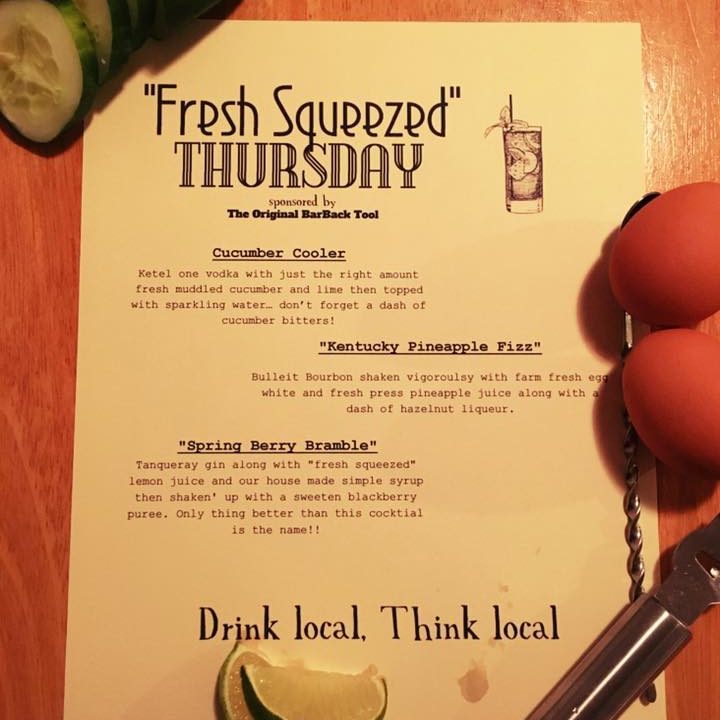